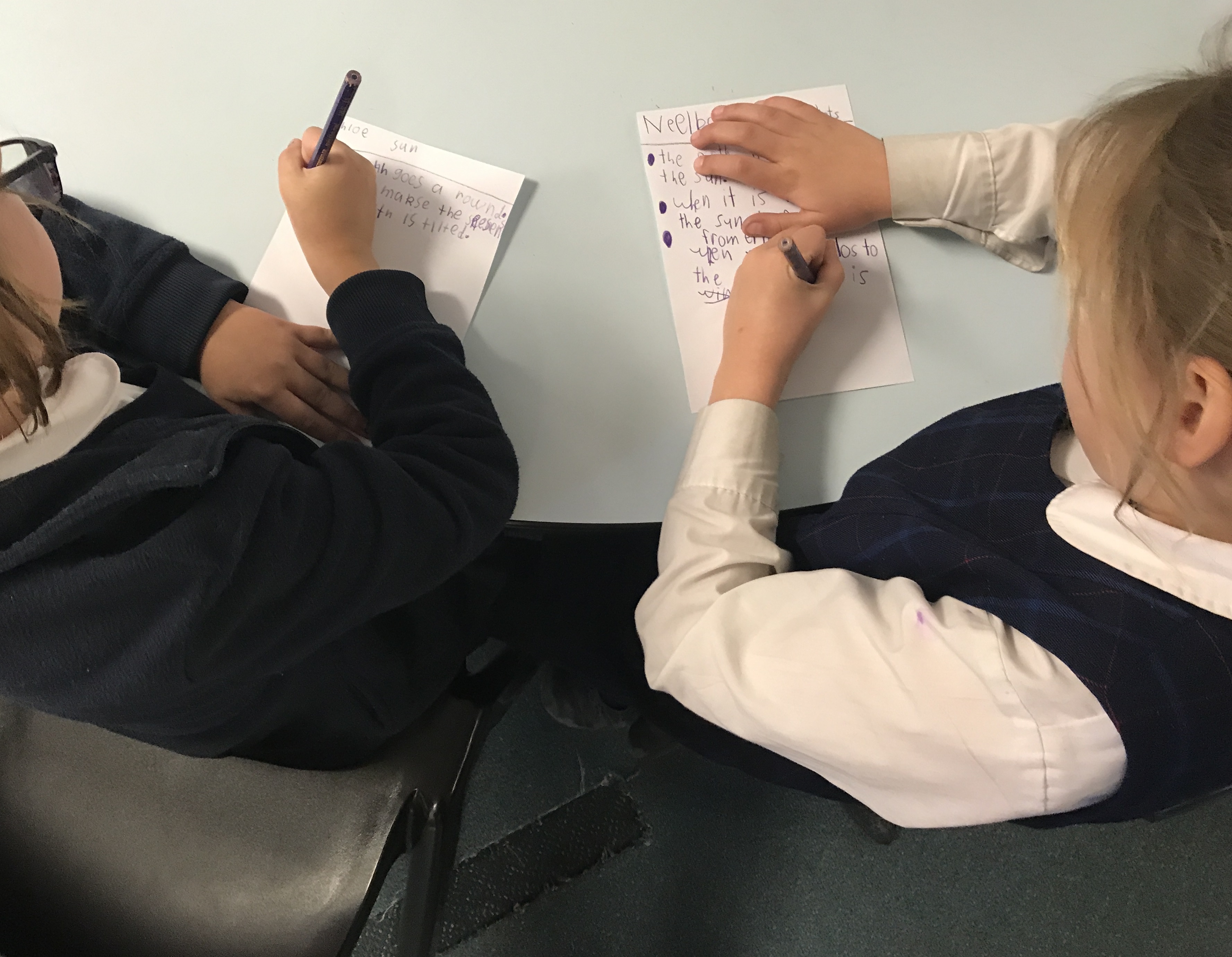 This Thinking Routine not only gets the students thinking – it gets them moving as well!

I used it recently in a Year 1 science lesson. We were discussing the rotation of the earth, moon and sun and I played this clip. The presenter speaks very quickly, and we had to pause to explain a few points, but it gave a great visual of what happens when the Earth rotates.

At the end of the video I asked the students to write 2 or 3 important facts that they could recall from the video.  They were not permitted to write during the video. This ensured their attention remained on the content in the video. As the students were only 6 years old I decided to replay the video to allow them extra time to check their facts – older students should need only one viewing of the clip.

Equipped with their ‘facts’ on their paper and a pencil for note taking, the students moved around the room and found a buddy. They had to ‘GIVE ONE’ fact to their partner and in return they “GOT ONE’ fact. They recorded the new information on their paper. If they both had similar ideas  they were encouraged to brainstorm and try to remember a new fact. This was a timed activity and I used a bell to indicate it was time to move on.

This activity encourages a range of information processing skills including selecting main idea and cross-checking facts.

Students enjoyed the movement aspect of this task, as well as an opportunity to mix with friends. In place of a video you could read a piece of text to the students. I would suggest no more than a few minutes of input. 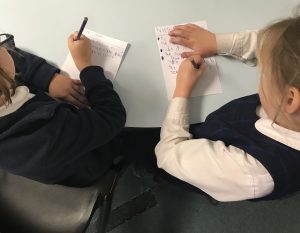 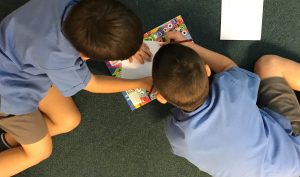